KUALA LUMPUR: Former 1Malaysia Development Bhd (1MDB) CEO told the High Court that his testimony to the Public Accounts Committee (PAC) in 2015 was “influenced by the idea” to protect the then prime minister.

The witness - who was quizzed by the PAC in November 2015 during the probe into 1MBD - was asked on the reason he destroyed speaking notes relating to the sovereign state fund.

Sri Ram: (During the cross-examination) You were asked about your evidence before the PAC. You said you destroyed the speaking notes because your job was to protect the accused.

Sri Ram: May I ask, this idea of protecting the accused, where did it come from?

Shahrol: Everybody, pretty much. Not just (fugitive businessman) Low Taek Jho (or Jho Low) but people from the Prime Minister’s Office (PMO), Barisan Nasional members from the PAC that I've interacted with... even from the beginning, I remember civil servants in the Finance Ministry used the phrase "must protect the PM".

When asked to clarify who were the two members from the PMO, Shahrol said he could remember only Datuk Seri Ahmad Farid Ridzuan, who was Najib’s communications advisor at the time, and Najib’s special officer Datuk Amhari Efendi Nazaruddin.

Shahrol was then asked about Paul Stadlen’s role in Najib’s camp.

“He was introduced to me by Jho. He was the boss' (referring to Najib) PR guy. He was managing PR and public perception.

“I met him at Putrajaya Marriott Hotel. Paul was steadfast when I had a brief discussion with him on protecting the prime minister,” Shahrol replied.

Sri Ram: Protecting him from what?

Shahrol: Reputational damage, at that time. At that time, the Wall Street Journal was coming in thick and fast.

The witness also said he had met with the then PAC chairman Datuk Seri Hasan Arifin and at least one or two others at Farid’s home.

“The objective of that discussion at Farid’s home was, again, to protect the PM,” Shahrol added.

Sri Ram: Was your evidence in the PAC in any way influenced by this?

Shahrol: Of course. The fact that any mention of Jho was removed and the responsibility for all of the decisions were put on my shoulders.

Sri Ram: So you would take the blame?

Shahrol: Yes. The Malays have a saying, “kambing hitam”. 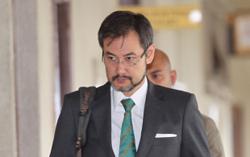 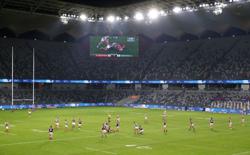