The former prime minister said although the new youth-centric party might garner substantial support from youths, it would likely not be enough to win.

"I don't think it will be very successful because although youth make a big portion of the electorate, it is not enough for people to win just because they have the support of the youth," he told a press conference at the Perdana Leadership Foundation on Thursday (Sept 3).

Dr Mahathir said this when he was asked to comment on the Muar MP's plan to set up a new youth-centric party.

The former youth and sports minister had said that the party – yet to be named or formed – would be modelled after France’s En Marche and the now-defunct Future Forward Party (FFP) of Thailand.

The new group, added Syed Saddiq, would comprise young technocrats, professionals and politicians, who would ensure that “youth’s voice will dominate in Parliament and outside of Parliament."

"We are going to appeal to the young people as well," said Dr Mahathir.

"If he only appeals to young people, it will be difficult for him to be successful," he added.

However, Dr Mahathir said Malaysia was a free country and Syed Saddiq was free "to do things on his own."

"He used to be a strong supporter of Pakatan Harapan but now he feels he needs to break away from us," said Dr Mahathir, adding that he still had good relations with Syed Saddiq.

"We have no problem if the objective is to fight against corruption and things like that," added the former prime minister. 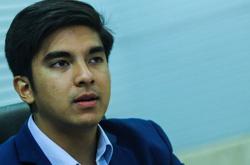 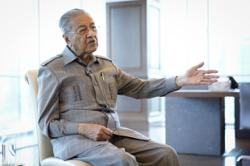