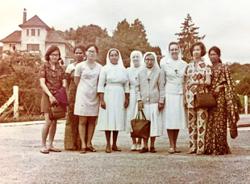 PETALING JAYA: The premises of the Infant Jesus Sisters (IJS) Malaysia, owner of the Convent Light Street Penang (CLS), will soon be home to a new private international school.

IJS said it had found a suitable education provider to operate on the premises, which the Education Ministry had agreed to hand back to IJS following its request in view of the continuous decline in enrolment of students in the last decade and the escalating costs in maintaining the heritage school buildings.

“We have found ACE Edventure to be a good fit as it is able to provide affordable learning that is dynamic, progressive and relevant.

“Most important of all, ACE Edventure is willing to maintain the ethos of the IJ Convent schools with their emphasis on character building, ” said Lady Superior of the Society of Saint Maur Sister Mary Thresa Chua in a statement on Thursday (Sept 3).

She said the education provider will open a private international school using part of CLS’s premises.

“The co-ed school, to start as soon as approvals have been obtained from the authorities, will initially offer Year One to Year 10 classes leading to the International General Certificate of Secondary Education (IGCSE) with an entrepreneurial component.”

The IGCSE qualification is equivalent to the GCSE in the United Kingdom and is globally recognised.

The IJS is looking forward to this collaboration with the education provider and the new role CLS will play towards the advancement of private education in Malaysia, said Sister Chua.

She added that ACE Edventure’s founders Anne Tham and Melinda Lim – both of whom are CLS alumni – were adept in operating learning institutions.

CLS is the first school set up by the IJS upon its arrival in Malaysia from Paris in 1852. It grew to become one of the nation’s premier schools.

But due to a continuous decline in enrolment of students in the last decade and escalating costs to maintain the heritage school buildings, the IJS asked for the return of the CLS premises from the Ministry of Education, the approval for which was duly granted in 2018. 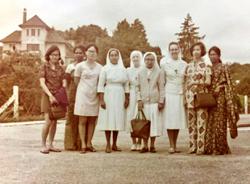