GOMBAK: Two lorry drivers were detained in connection with an accident that occurred along Jalan Rawang.

Gombak OCPD Asst Comm Arifai Tarawe said the two men, aged 63 and 46, were detained to assist with the investigation following the incident on Saturday (Aug 29).

"The initial investigation revealed that a lorry was having trouble with its fuel pump, causing its engine to stop suddenly at 2.20pm. The driver then asked for help from his friend, who is also a lorry driver to tow the lorry using a cable," he said in a statement on Sunday (Aug 30).

However, while it was being towed, the steering and brakes of the lorry were not functioning, causing it to sway left and right, he added.

"The malfunctioning lorry then hit a car coming from the opposite direction. We are investigating the case under Section 42(1) of the Road Transport Act 1987," ACP Arifai said. 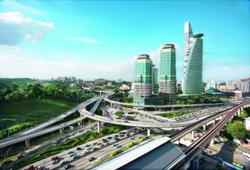