BN parties to only support Perikatan as MPs and reps

TANJUNG MALIM: The component parties of Barisan Nasional will only support Perikatan Nasional as Members of Parliament and state assemblymen.

Barisan chairman Datuk Seri Dr Ahmad Zahid Hamidi said a meeting chaired by him had decided on the matter.

“Umno, MCA, MIC and Parti Bersatu Rakyat Sabah (PBRS) are not part of the Perikatan protem committee,” he said.

“MIC decided to pull out of Perikatan after a meeting with all Barisan component parties. We’ve decided to only support Perikatan as Members of Parliament and state assemblymen,” he told reporters when met at the Barisan command centre in Felda Trolak yesterday.

Ahmad Zahid was asked to comment on MIC’s latest decision to pull out of Perikatan.

Separately, in a letter submitted to the Registrar of Societies (ROS), MIC secretary-general Datuk N. Asojan Muniyandy said the party’s supreme council had revised its earlier decision to join Perikatan.

Asojan, who signed the letter, said the July 10 decision by the MIC supreme council to join Perikatan was null and void following Umno’s decision not to join the coalition.

Asojan said the MIC supreme council made a fresh decision, overriding its previous stand, where it submitted a letter to ROS on July 15 affirming it was joining Perikatan. 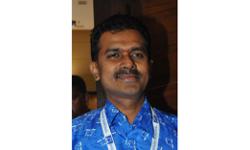