1,986 domestic violence cases reported during MCO period up to Aug 20

KUALA LUMPUR: Malaysia recorded a total of 1,986 domestic violence cases during the movement control order (MCO) period from March 18 to Aug 20 this year, Parliament was told.

"We found that the majority of the victims are housewives, and if we look at the cases, we find that there is only a little bit of increase," she said in reply to a supplementary question from Datuk Seri Rohani Abdul Karim (GPS-Batang Lupar) during Question Time on Wednesday (Aug 26).

Rohani had asked the ministry whether there was a sudden spike of reports on serious domestic violence cases during the MCO period.

Siti Zailah said the major reason for the domestic violence cases during the MCO period was financial problems.

"However, among the reasons cited as the reason for domestic violence before the MCO was misunderstanding among family members.

"God willing, we hope members of the public can come together to help so that the issue of domestic violence will not persist in the country," she said.

"The victims of domestic violence will be protected under the Domestic Violence Act 1994, where aside from women, it also applies to other family members including men, children, people with disabilities and senior citizens," she said.

She also said the Act provides various protection measures to domestic violence victims including via the Emergency Protection Order (EPO) issued by the Welfare Department for those involving physical injury cases.

"To ensure the safety of victims, the ministry, via the welfare department, provides shelter homes to them and at the same time works together with non-governmental organisations (NGOs) to place them in such centres," she said. 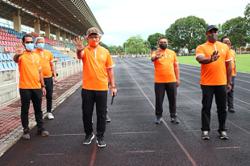