Inquest into death of Nora Anne begins today (Aug 24), to be live-streamed

The proceedings will be conducted before Coroner Maimoonah Aid, starting at 9am.

The court has decided that only nine journalists could sit in the public gallery to cover the case after taking into account the physical distancing rule as established by the National Security Council (MKN).

However, as early as 8am, local media representatives from various agencies were seen streaming into the court compounds to follow the case which had received wide media attention.

On Friday (Aug 21), the Federal Court chief registrar’s office was quoted as saying that the Malaysian judiciary would carry a live-streaming of the proceedings through its official website and social media platforms, adding that the public could follow the proceedings from 9am.

The proceedings will last for two weeks from Aug 24 to 28 and will continue from Sept 1 to 4.

On Aug 13, Coroner Maimoonah and other interested parties in the case, spent three hours at the scene to get more details and have a clearer picture of the incident.

Nora Anne’s body was found nine days later on Aug 13, near a stream in a hilly area, about 2.5km from the resort, following a massive search.

A preliminary post-mortem report revealed there were no criminal elements in Nor Anne’s death and that the teenager had died of gastrointestinal bleeding, due to prolonged stress and hunger.- Bernama 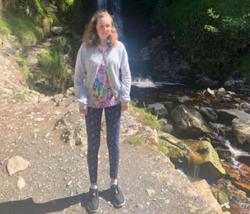 Inquest into Nora Anne’s death to be live-streamed 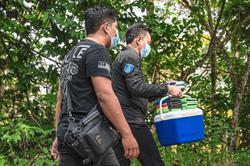