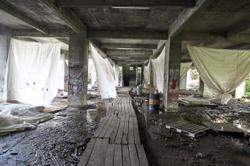 PETALING JAYA: The Malaysian Industry-Government Group For High Technology (MIGHT) went against its own company constitution by paying a monthly allowance to its co-chairman, says the Auditor-General’s Report 2019.

As of December 2019, MIGHT had 11 board members including two co-chairmen representing the government and the private sector respectively.

MIGHT's constitution determined that no remuneration or other benefits in the form of money or monetary value should be given by the firm to any board members.

In response, MIGHT said that the monthly allowance was made as payment of expenses incurred by the co-chairmen in carrying out their duties, including attending meetings and company activities.

“The payment was limited to only RM5,000 monthly. A payment of RM5,000 was made to ease administrative operations because the actual cost of the expenses exceeded the set limit,” it said.

MIGHT added that Article 4(b) in its constitution regarding remunerations to board members will be reviewed and updated in order to curb clashing with administrative operations.

The audit also found that the firm had used RM84,587 from members’ fees and programme income to organise a golf tournament in 2018 without pre-planning.

“The audit was informed that the golf tournament was organised to be a networking platform for MIGHT members, industry representatives and the government.

“Further review found that the estimated expenditure was only presented at the MIGHT top management meeting and the management paper provided has been approved by the president/chief executive officer (CEO),” said the report.

The audit also found that the board had approved performance incentive payments despite the audited financial report for 2018 indicating that the company was experiencing a pre-tax deficit amounting to RM5mil.

It added that an allocation of a development grant for the A-Bio Investment Programme amounting to RM6.5mil had also been used as an advance for the repair and renovation work on the building without approval from the Economic Planning Unit (EPU).