PETALING JAYA: The audit team of CIDB e-construct Services Sdn Bhd (CIDBEC) is being led by a person with no background in finance.

The Auditor-General's 2019 Report also said another member of the audit committee was also not from a finance background.

"This can result in the lack of in-depth discussions on financial matters," said the report.

Among the weaknesses include a delay in taking action against poor debt collection raised during an audit meeting on Jan 30 last year.

It also noted a lack of transparency in the company's financial reporting processes, as there were no independent members in the audit committee.

"All the audit committee members are CIDB officers who served as non-independent directors," it said.

According to Malaysian Code on Corporate Governance 2017, the audit committee should comprise independent directors.

The service timeframe as well as roles and function were not included in the chairman's letter of appointment.

The company secretary had failed to advise the board accordingly.

These were among the weaknesses outlined in the report.

However, the A-G found its corporate governance satisfactory.

"Financial position is solid, but there are weaknesses in the company's credit management," it said.

CIDBEC is a wholly-owned subsidiary of CIDB (Construction Industry Development Board).

The report also noted that CIDB's Akademi Binaan Malaysia (ABM) South and North zones had given fee exemption and discounts amounting to RM31,080 to 45 participants without the approval of CIDBEC in 2019.

"Up to October last year, there was no written directive or clear guideline from CIDBEC on fee collection," it said.

CIDBEC had on Nov 26 issued a directive to its satellite academy myBIM Centre Malaysia, to seek written permission from them first before offering discounts to participants.

It also said that ABM South zone's request for subsidy was processed although participants' receipt of payments were not attached. 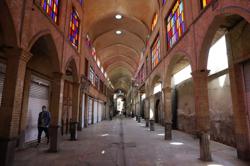