SIBU: Sarawak PKR is ready to welcome back members who had previously left the party, says Larry Sng.

The Sarawak PKR chairman said he was prepared to consider their return subject to the approval of the leadership council (MPP).

"Politics is the art of the possible and there are no permanent enemies. As long as leaders subscribe to the policies and principles that PKR has long stood for, that is their passport to rejoin this organisation under my leadership," he said.

Sng declared that he could work with both cartels and reformists, and that he would fervently protect those who remain loyal to PKR regardless of their past political history.

Sharing a famous quote,"To err is human, to forgive is divine", he said, adding that his doors were opened to them.

More than 100 members from eight divisions, left the party in May after they had been asked to resign en masse as they had long been disloyal to party supremo Datuk Seri Anwar Ibrahim.

According to Sng, who is Julau MP, some of the former members had regretted leaving the party and were stuck with nowhere to go.

He said that it was for this reason that he was offering them an olive branch to return.

"The resignations within PKR Sarawak have ceased for some months and we have been growing from strength to strength. What puzzles me is why would those who have left think that their future is better off in other parties?" he asked.

He said when they were previously in power, some of them were described as being warlords in their respective branches, only to leave that behind and start all over from the bottom in a new political organisation, with a long queue of leaders before them.

"It will take them years before they reach any position of real influence, if they can survive till then. Some of them I was told have regretted leaving PKR, but are now stuck," he added. 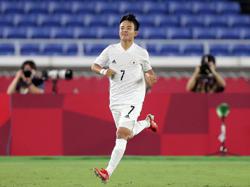