The state Tourism, Arts and Culture Minister said the Sarawak Tourism Board (STB) was currently offering an intra-state tourism campaign and planned to introduce an inter-state package by next month.

"It is important for us to instil confidence and allay the fears of travelling within Malaysia as we focus on intra-state and inter-state travel.

"In fact, since the implementation of the recovery movement control order in June, we are beginning to see an increase in the number of arrivals to the state," he said when launching the Sia Sitok (Here and There) intra-state campaign here on Monday (Aug 17).

Abdul Karim said the Sia Sitok campaign, which was planned by STB in collaboration with the Sarawak Tourism Federation (STF), offered 30 packages at discounts of up to 50% to help revive and boost local travel.

He said the campaign was open to Sarawakians and non-Sarawakians residing in the state to visit local destinations and tour attractions at affordable prices.

"It will also benefit our economy and industry players that have been affected by the Covid-19 pandemic," he said.

The Sia Sitok campaign is open for booking from July 15 to Oct 15, with travel from Aug 1 to Dec 31.

Abdul Karim said the inter-state package would be another public-private initiative to encourage domestic travel from peninsular Malaysia and Sabah.

"The interstate package will start from mid-September, with the travelling period from October until December 2020," he said.

He assured visitors that Sarawak was safe to visit as stringent standard operating procedures (SOPs) had been put in place for all attractions and destinations, including apps for contact tracing and regular enforcement by health authorities to ensure compliance.

"We also ensure that the suppliers of the Sia Sitok campaign must adhere to the latest SOPs by the state. Action will be taken by my ministry and the STB against those who fail to comply," he added. 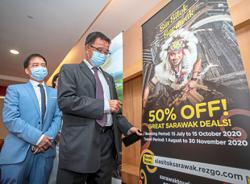 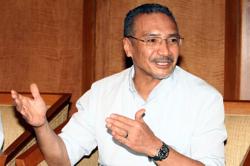