By RAHIMY RAHIM And ILI AQILAH

He said discussions with the top leadership of the parties within the Perikatan-led government had taken place with several agreements achieved to strengthen Bersatu’s position within Perikatan.

“God willing, the party’s participation in Muafakat Nasional will be finalised soon. I think this is the best option for Bersatu, ” he said in a special address in conjunction with the party’s Women’s (Srikandi), Youth (Armada) wings and divisional meetings held yesterday.

Last month, Muafakat Nasional officially invited Bersatu to join the pact, which is a political alliance between Umno and PAS.

Muhyiddin said Bersatu had opted to be part of what he termed as the “grand coalition”, as it comprised the top parties in the country.

“With cooperation between Bersatu, PAS, Umno and other parties within Perikatan, the majority support of the people is on our side, ” he said.

Annuar, who is also Barisan secretary-general, said in a tweet that Bersatu’s agreement to join Muafakat Nasional would help complete the framework for the unity and solidarity of the Malays. 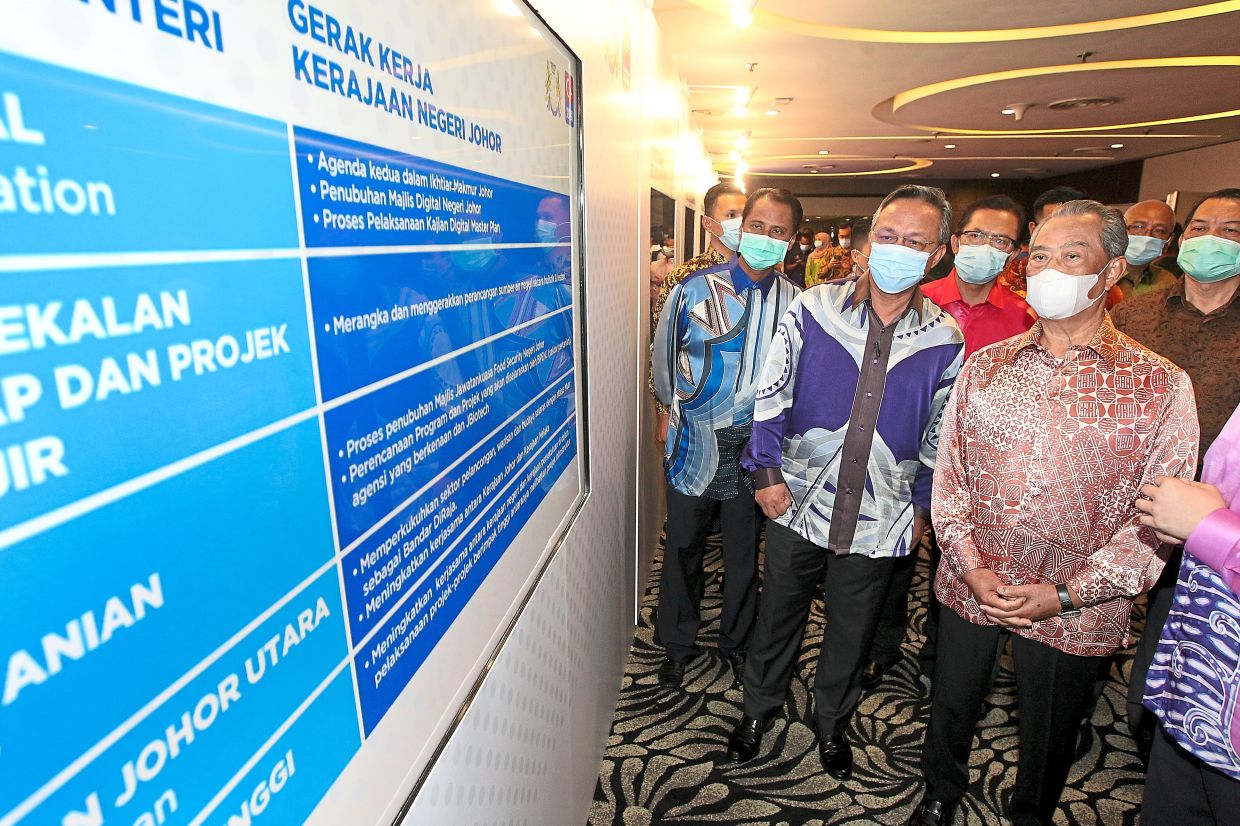 Bernama quoted Ahmad Zahid as saying that he would leave it to the Muafakat Nasional committee to decide on the participation of Bersatu in the Umno-PAS alliance.

“This committee has taken the best approach in scrutinising the situation on the basis of political cooperation.

“Hopefully, this will give optimum results when the general election is held, ” he said.

Meanwhile, former Bersatu deputy president Datuk Seri Mukhriz Mahathir said he was curious to see the outcome of the move by his old party to join Muafakat Nasional.“What will be the impact of the decision in our current political scene?

“Usually, the Prime Minister is chairman of the coalition of parties.

“Considering Bersatu is the newest among the other two parties (Umno and PAS) in Muafakat, we are not sure if they will appoint Tan Sri Muhyiddin Yassin as the coalition chairman, ” he told reporters after a meet-and-greet session with Slim state by-election Independent candidate, Amir Khusyairi Mohamad Tanusi in Tanjung Malim yesterday.

Mukhriz said he was told that Umno had refused to be part of Perikatan.

“All this while, in Parliament, the government MPs called themselves the Perikatan-led government (representatives).

“But, Perikatan is not registered and we hear Umno does not want to be part of it. We are unsure about the stand by PAS, ” he said.

“Therefore, Bersatu’s decision to join the Muafakat coalition is bizarre.”

Muhyiddin: I did not betray the party which I founded