TANJUNG MALIM (Bernama): The Election Commission is expecting about 70% of the Slim voters to come out to cast their ballots in the Aug 29 by-election.

Election Commission (EC) deputy chairman Dr Azmi Sharom (pic) added that the results of the Slim polls is expected to be announced at 10pm on that day.

He expected about 70% of the voters to come out to exercise their right on polling day.

"The EC will continue to implement improvements in this by-election, including to inform voters to come out to vote according to the time stated on their voter's card to avoid congestion and enable them to maintain physical distancing," he told reporters after the nomination process for the Slim by-election here, Saturday (Aug 15).

He said guidelines to prevent the spread of Covid-19 would be enforced at all polling centres and the official vote-tally centre.

With the campaign for the by-election to start today, he hoped all quarters would comply with the stipulated regulations and laws and in a harmonious manner.

"Campaign materials that contain words that can create ill feelings, racist and touch on religious sensitivities or that can cause animosity are not allowed," he said.

Azmi said the EC had set up two Election Campaign Enforcement Teams (PP-KPR) in line with Section 27B of the Election Offences Act 1954 to monitor the campaign activities by candidates, as well as their compliance with the guidelines on Covid-19 prevention.

A total of 40 election observers from 11 organisations, including government agencies and non-governmental organisations, have been appointed to monitor the progress of the election process, he said. Amir Khusyairi: Slim is 'just the beginning' for Pejuang 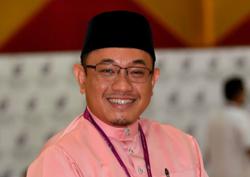 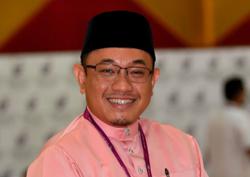