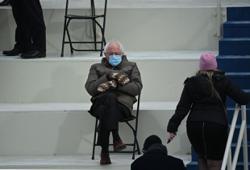 The 41-year-old, who took a hiatus from posting on social media after ex-girlfriend Grace Chow accused him of cheating in April, uploaded a video on Instagram on Tuesday of himself rehearsing a dance number on YouTube without showing his face.

The video ended with him showing the peace sign to the camera but was taken down shortly after.

However, savvy Internet users managed to download the video and upload it on Weibo – China’s equivalent of Twitter – and it went viral soon after.

Many Internet users saw the video as Lo’s attempt to “test the water” for a possible return to the entertainment industry.

“Not waiting. Don’t come back. Thank you, ” an Internet user commented.

Another wrote saying that Lo had “incredibly thick skin” and was disgusted that the artiste did not appear remorseful for his actions.

On April 23, Chow called out Lo for cheating on her throughout their nine-year relationship with female artistes under his wing.

She revealed that Lo would invite women to his hotel room whenever he went on work trips and had brought women to their house whenever she was not around.

Lo has since made several public apologies for his behaviour and tried to win her back.

The scandal was reported to have cost him nearly NT$600mil (RM86mil) in axed celebrity endorsement deals.

He even lost his job hosting Chinese reality shows such as Go Fighting! and CHUANG2020.

The actor posted photos of himself, his pregnant wife Leanne Li and their daughter Gabrielle enjoying a day out at Disneyland on social media.

They were seen wearing masks in the photos.

Little did he know that he would be recognised by people in China, who took candid photos of his family and uploaded them on social media.

The photos showed that none of them were wearing masks, and that only Li had a mask hanging from her arm.

It sparked a debate online with many criticising him for not playing his part in stopping the virus from spreading.

Fans, however, vehemently defended the actor, claiming that they took off their masks for a short while to take photos.

Wong, 40, and Li, 35, are one of the most romantic celebrity couples in the Hong Kong entertainment scene.

The couple tied the knot in 2015 and had their first child three years later.