KUALA LUMPUR (Bernama): A software engineer was fined RM4,000 by the Magistrate’s Court here Friday (Aug 14) for posting a semi-nude photo of his ex-girlfriend on Instagram.

The court also ordered him to serve four months in jail if he failed to pay the fine.

According to the charge sheet, Ahmad Firdaus was charged with posting a semi-nude photo of his ex-girlfriend using a fake Instagram account with the victim’s name at an apartment in Bandar Baru Sentul, here at 1am on Aug 6.

He was charged under Section 509 of the Penal Code for insulting the modesty of a person, which carries a maximum five years' jail, or a fine or both, upon conviction.

Earlier, lawyer Muhammad Rhastdan Abdul Wahab, representing Ahmad Firdaus, appealed for leniency as this was his client’s first offence, adding that his guilty plea had saved the court’s time.

"The accused only earns RM2,500 a month and looks after his elderly parents, ” he said.

Deputy Public Prosecutor Hanis Anisha Jamilludin asked the court to impose a deterrent sentence as the accused’s action had humiliated the victim.

It is understood that at the time of the incident, there had been a misunderstanding between the accused and the victim over the phone, and the woman wanted to end their relationship.

The accused then threatened to post the photo on social media, and the victim then lodged a police report on the matter. – Bernama 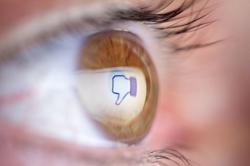