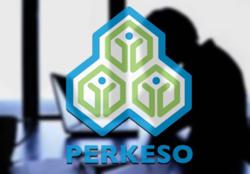 “In the construction sector, 560 employers have registered for the programme with 1,181 applicants getting jobs,” he said during the signing of a memorandum of understanding between the Social Security Organisation (Socso) and the Construction Industry Development Board (CIDB) yesterday.

The government introduced PenjanaKerjaya worth RM1.5bil under the National Economic Revival Plan (Penjana) to encourage the hiring of the unemployed.

The Human Resources Ministry is responsible for implementing the programme through Socso’s National Employment Services.

The MOU was to increase training and job placements in the construction sector.

Socso would bear the cost of upskilling and reskilling workers.

The programme is open to all Socso contributors and those who have been taken in for employment since June 5.

CIDB through the Akademi Binaan Malaysia and CIDB Technologies will provide training in various categories such as building, crane operations, electrical and welding.

CIDB will also offer training in management, industrialised building system and in the use of building information modelling.

Those who undergo the training will receive an allowance of RM30 a day.

Fadillah said that there were 6,564 vacancies in the construction sector of the 126,969 active vacancies on the MyFutureJobs portal.

He added that of the 6,564 vacancies, 3045 or 46.4% were in management, professional, executive and technical categories.

On another matter, Fadillah said the government had yet to make a decision on the proposed takeover of four highway concessionaires in the Klang Valley.

“There has been no decision at Cabinet level. We will discuss it, that is sure,” he said.

Fadilah however said there was no timeframe for this and that an announcement would be made when there was a decision.