BUTTERWORTH: With one confirmed Covid-19 case in the neighbourhood, several residents of Jalan Tuna flats in Seberang Jaya are hoping to get screened and tested for Covid-19.

Printing technician Faizal Azhar Ahmad, who lives two units away from the infected occupant, said he was worried his family members could have been infected.

The 37-year-old father of three said the authorities have not told them to get tested.

“State Health Department personnel had conducted sanitisation exercises at the block on Sunday,” he said.

His employer had advised him to stay home until a decision was made on whether he had to undergo home quarantine, he said.

Another resident, Husna Azman, 22, also wondered why residents in the area were not asked to get tested.

“They should screen all of us. We don’t know whether we have been exposed or not. It is very dangerous,” said the clerk who works in Sungai Puyu.

Husna said took a Covid-19 test at a clinic as she did not want to take chances.

Her mother Hamidah Yusoff, 50, also took a test at a panel clinic of her workplace after being advised by her employer.

“It is better that I check first, for fear that the virus could have spread to us,” she said.

“If you have symptoms, you should call the health authorities and inform them.

“We should keep our physical distance and always wash our hands with soap,” she said.

On why the health department did not conduct thorough screenings at the affected block, Norlela said the department would only screen those who might have had close contact with the Patient Under Investigation (PUI).

He said that most of the tests came out negative, with a few more still awaiting results.

Penang reported one positive Covid-19 case on Friday (Aug 7), thereby revoking the state’s green zone status that had been maintained for more than 90 days.

On Sunday, Penang reported three more positive Covid-19 cases, two of which were linked to the Kedah Sivagangga cluster and one from the new cluster in Perak.

The total number of infections in the state increased to 125 as at Aug 9. 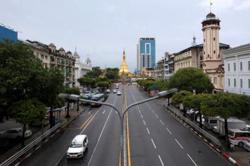 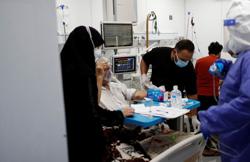 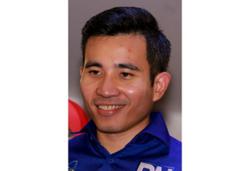