KUALA LUMPUR: Former auditor-general Tan Sri Ambrin Buang described how it was “insulting” to him when 1Malaysia Development Bhd (1MDB) was allowed to explicitly review the National Audit Department’s audit report page by page on the sovereign wealth fund prior to the report being published.

At the High Court yesterday, Ambrin said it was “abnormal” when an auditee was able to review the Department’s report and sit in a meeting with other stakeholders, which resulted in several amendments being made to 1MDB’s audit report in February 2016.

The witness said this during cross-examination by lead counsel Tan Sri Muhammad Shafee Abdullah, who was representing Datuk Seri Najib Razak in the trial here yesterday.

“I find it insulting when the auditee is given the honour to review our report, page by page, paragraph by paragraph.

“I was told to keep my opinion to myself and write a book about it. How could I be happy?” said the retiree while expressing his disappointment.

Ambrin was referring to a meeting held on Feb 24,2016, at the former chief secretary to the government Tan Sri Ali Hamsa’s office, which was attended by stakeholders including 1MDB’s then CEO Arul Kanda Kandasamy (who is accused of abetting Najib) and representatives from Attorney General Chambers and the Prime Minister’s Office (PMO).

The witness said auditors should be free to express their opinion in their reports, as per normal practice, but his team had to do “abnormal” things beyond normal practice during the Feb 24 meeting. 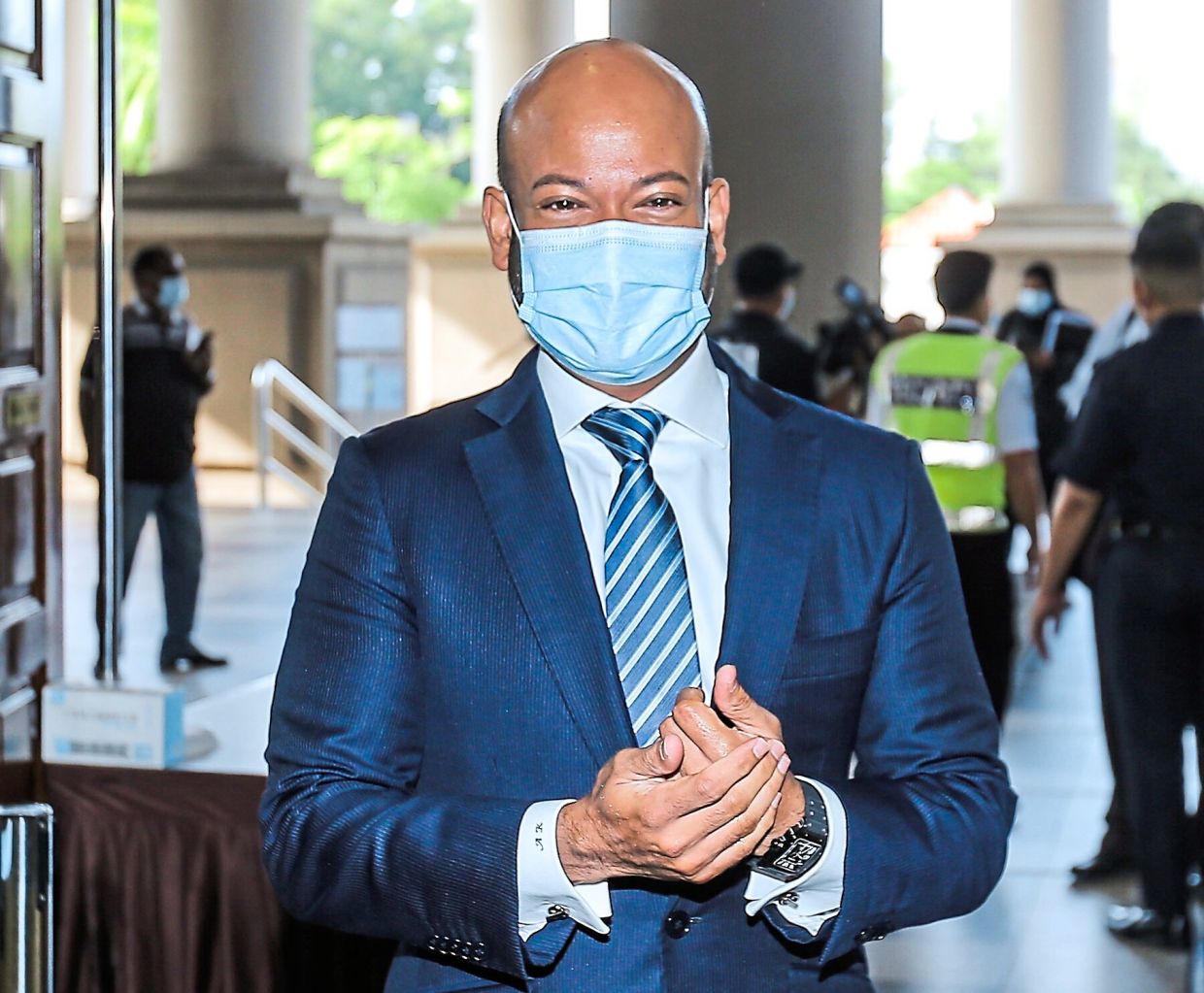 Court date: Arul Kanda arriving at the Kuala Lumpur High Court where he faces a charge of abetting Najib.

the time and the Department, and that it was only to be presented to Parliament’s Public Account Committee.

He also said that Najib’s then principal private secretary Tan Sri Shukry Salleh as well as Ali expressed the need for the report to be amended to avoid the opposition “spinning” the content.

The court had earlier heard testimonies saying four issues were agreed to be omitted from the audit report including the issue of two conflicting financial statements and the presence of fugitive businessman Low Taek Jho at 1MDB meetings.

During the cross-examination, Shafee asked the witness if someone had “pointed a gun to his head” to make him change the contents of the report.

To another question whether Shukry, who also attended the Feb 24 meeting on behalf of the PMO, had specifically pressured him to make the changes, Ambrin answered no.

Najib, 67, is accused of abusing his position to order amendments to the 1MDB final audit report to avoid any action being taken against him while Arul Kanda is charged with abetting Najib in making the amendments to the report.

The hearing before Justice Mohamed Zaini Mazlan continues on Wednesday.