SIBU: Component parties in Gabungan Parti Sarawak (GPS) have been told not to rock the spirit of unity and consensus over seat allocation in the coming state election.

He also said there must be a proper mechanism to decide seat allocations for component parties PBB, SUPP, PRS and PDP.

Dr Sim was responding to a statement by PDP chairman Teo Boon Siew that party president Datuk Seri Tiong King Sing should be the Dudong candidate.

The seat has traditionally been SUPP's since 1970, except in the last state election where it was given to Barisan direct candidate Datuk Tiong Thai King, who won the seat.

When PBS left GPS, the seat came under PSB, which is now a Sarawak opposition party.

"GPS needs to have strong unity. Those who have been championing (themselves) are attention seekers because there is a mechanism for us to discuss (the seat allocation)," he said.

Dr Sim said GPS had previously stated that election candidates should be locals.

"GPS has in the past always said that it is very challenging for the representatives to serve two different areas. They should be available to the people in (their respective) areas," he said.

Last week, SUPP Dudong had told PDP not to stake a claim for the seat, stating that the candidate must be from SUPP.

On Aug 19,2019, they had unanimously resolved that its branch chairman Wong Ching Yong was the only candidate representing SUPP to contest in the coming state election. 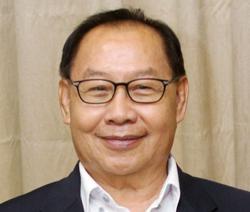 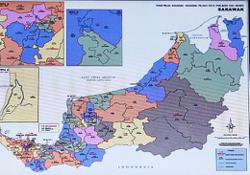 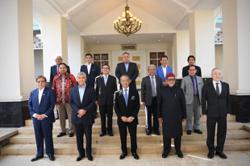