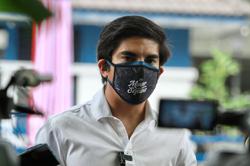 KOTA KINABALU: Sabah Bersatu might reduce its target number of seats to be contested in the coming state polls from the initial 45, as they make compromises with partners.

Speaking to reporters after a meeting with Sabah Bersatu leaders, national Bersatu secretary-general Datuk Seri Hamzah Zainudin did not discount this possibility when asked if Sabah Bersatu will maintain their stance in contesting in the 45 state seats they were eyeing.

"The intention is always that, but the point is this - once we compromise within our own coalition (Perikatan Nasional and Sabah partners), I think the number will be reduced," he said.

Previously, Sabah Bersatu chief Datuk Hajiji Noor had announced they were interested in fielding candidates in 45 state seats out of the 73 seats in Sabah state elections.

"Everyone wants their own seats, but at the moment, we cannot come up with the conclusion of who is going to contest in which area.

"But the most important for all of us is to win back the state government, on behalf of the people under the Perikatan coalition, to ensure better cooperation at the federal level," he said when asked to comment about their coalition partner, Sabah Umno, wanting to recontest all the seats allotted to them in the previous general elections.

When asked whether the party has discussed with partners on who will lead Sabah as chief minister if a new government is formed, Hamzah said the leaders from each coalition partners including Hajiji, will be expected to discuss on a 'credible candidate to lead the election'.

"We will sit down together to decide who can carry our flag as our chief minister in the future," he added.

Hamzah said this was evident that many wanted to join Bersatu, which was lead by Prime Minister Tan Sri Muhyiddin Yassin as party president. 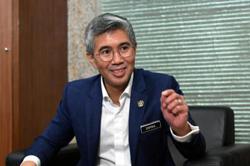