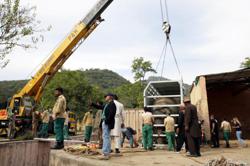 JOHOR BARU: The Johor Wildlife and National Parks Department (Perhilitan) has captured three elephants that had encroached on villages in Kota Tinggi.

Its director Salman Saaban said the elephants, one male and two females, were captured around Ladang Rem Pasak and Felda Pasak between 12.30pm and 7.15pm on Friday (Aug 7).

He added that the operation was launched following an attack which resulted in the death of a man on July 27 and a viral video of an elephant that went amok along Jalan Kota Tinggi-Mersing on July 31.

Salman stressed that both incidents occurred at Batu 6 along Jalan Mawai in Kota Tinggi.

"The capture was carried out by Johor Elephant Capture Unit (UTG) and cooperation with the Kuala Gandah National Elephant Conservation Centre (PKGK) with 12 personnel divided into two groups.

"The elephants are healthy and active and were part of a herd roaming around Panti," he said when contacted here on Saturday (Aug 8).

He also said that Perhilitan would continue to monitor the elephants, which will be relocated. 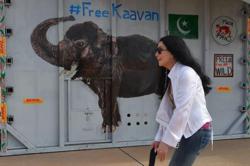 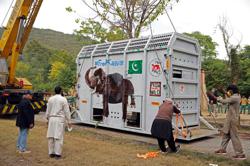