MIRI: A man died in a fiery car crash along the northern Sarawak Pan-Borneo highway while his mother was rescued by passers-by.

The 1pm incident on Saturday (Aug 8) occurred near Kampung Entulang along the Miri - Bintulu section of the highway.

Sarawak Fire and Rescue Department said the man died in the blaze that engulfed the car completely after it crashed onto the side of the highway.

"The male driver died while the woman inside was rescued by passers-by," the department said.

Firemen rushed to the scene after being alerted by the public.

The deceased has been identified as Anderson Gumbang, 43, while the rescued woman was his mother in her late 60s.

The cause of the accident is under investigation. 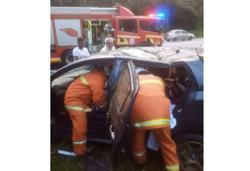 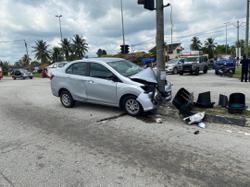