SESB acting managing director Datuk Abdul Nasser Abdul Wahid said during a press conference here Friday (Aug 7) that the raids were conducted in Kota Kinabalu and Keningau from Aug 4 to 6.

“From these raids, we found that some of the companies comprising one providing hotel and spa services, a property management company, workshops, wood processing factory and car wash had been stealing or tampering with their electric meters, ” he said, with a total of

He said these companies were believed to be involved in power thefts between eight months and about four years, some of which were repeat offenders.

Abdul Nasser said the property management company in the city is believed to have stolen the most at RM504,710.77.

He said SESB is in the midst of getting a court order to charge those involved.

Out of the 10 cases, four will be handled by the Energy Commission, while the rest by SESB.

“From these raids, we seized power cables and electricity meters, among other items, ” he said.

In relation to this, Abdul Nasser said the SESB suffered losses of over RM9.2mil due to power thefts from 2017 to Aug 6 this year.

The utility company recorded a total of 1,526 cases throughout this period. SPG to power up TNB’s earnings in the long term 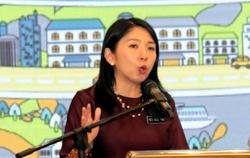