YK awards scholarships based on not only academic performance but also leadership potential, said Intan Zalila.

SCHOLARSHIPS are generally known as financial support awarded to deserving students based on academic achievement.

To Yayasan Khazanah (YK) however, it is more than dollars and cents.

Established in 2006 by Khazanah Nasional Bhd, YK is entrusted to select, support, groom and nurture exceptional individuals capable of leading the best organisations in the country as well as around the world.

Through various scholarship programmes by YK, deserving students get the opportunity to study at premier universities in the US, UK, Australia and Malaysia.

Besides financial support, an integral feature of YK scholarship is the leadership and development programme which provides scholars with a holistic education to mould them as not only an individual but more importantly, as a future leader.

“Education is no longer just learning tangible and measurable skills but rather preparing students to face the real world’s challenges.

“In this context, YK awards premium scholarships based on not only the academic performance of high achievers but also the leadership potential that they have, which makes these scholarships prestigious as we don’t look at numbers but qualities of the candidates, ” said YK programme coordination head Intan Zalila Mohd Yusof.

Over the past 14 years, almost 1,000 scholarships have been given out. Intan Zalila shared that applicants need to go through a rigorous selection process to assess leadership potential based on the 3Ps leadership model comprising eight competencies: driven by a greater reason for doing things; constantly strives for the greater good; high integrity and good moral compass; intelligent; tenacious; optimises the strength of team members, balance between empathy and expectation; and, ability to communicate and influence.

“There are five stages comprising both online and physical assessments before the final round when they meet the board of trustees. Qualified scholars will then undergo the leadership and development programme as well as business and civic internships, ” she said.

Intan Zalila emphasised that the process does not end when a scholar is identified.

“We ensure there is constant engagement with our scholars via our dedicated scholarship manager through structured programmes, visits and e-meets.

“We are able to go beyond what other scholarship providers do because we have a manageable number of scholars whom we could monitor their progress.

“For instance, we are able to detect and provide the necessary support whenever they have dips in emotion, or academic progression, which is an important intervention. 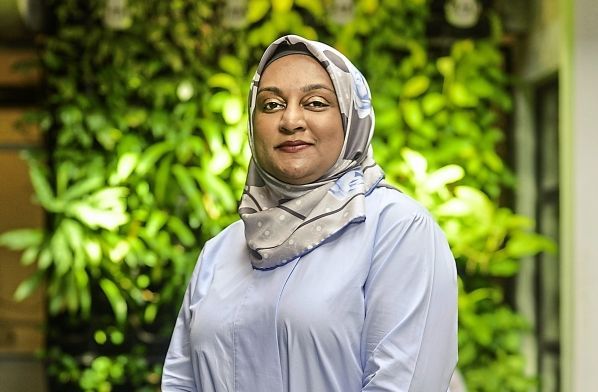 Yayasan Hasanah’s mission is to build a well-rounded talent pool of people who will be the next-gen leaders, said Shahira.

“Our scholars appreciate the attention given to them as they know we are always there when they need us, ” she said.

“We want candidates who not only meet academic requirements but also partake in extra-curricular activities and social work. Someone who wants to make a difference.

“To cite an example, our Watan scholar Nelson Ng from Johor Baru wanted to help less privileged students. He founded a social enterprise called ProjectEd which empowers such students to pursue tertiary education with scholarship, educational workshops and digital mentorship.

“To date, eight students got to go to local universities via his initiative, and Ng received the Diana Award from UK for creating social change in Malaysia.

“Meanwhile, Zad Chin Qi Qi was the first YK scholar to be accepted for an undergraduate programme at Harvard University. She and a few other scholars founded Base initiative – a project that advises and shares tips with post-SPM students on scholarship application.

“We believe that our scholarship programme has significantly changed their lives, from a young individual who knows very little about his purpose in life to one who contributes to the nation, ” said Intan Zalila.

Yayasan Khazanah has become part of Yayasan Hasanah’s (YH) social initiatives since the latter’s establishment as an independent grant-making foundation in July 2015, which is mandated to an even bigger mission to develop quality human capital for the country.

“Our aim is to build a well-rounded talent pool, people who will become the next generation of leaders, empowered with knowledge, skills and opportunities to take on the challenge of a competitive global economy, ” she said.

7 Portuguese college students get scholarship for further studies in China