Thumbs up for MySejahtera app

Vital records: One customer using the SELangkah app and another using the logbook (background) to register before entering Restaurant Kukus at Jalan Tepi Sungai in Klang.

PETALING JAYA: Restaurant owners and consumers have given their backing for the mandatory use of the MySejahtera application, saying they will back any move that can help prevent more clusters from forming.

Malaysian Muslim Restaurant Owners Association (Presma) president Datuk Jawahar Ali Taib Khan said almost all their members had implemented this, even before the government made it mandatory to do so.

“From day one, most of our members are displaying it and have dedicated staff to take temperatures of customers coming into the restaurants, ” he said.

He said they would still have to record the details of some customers who did not have smartphones, which account for about 10% of their clientele.

“It’s not a problem as we definitely don’t want a second wave such as what is happening in Kedah.”

MySejahtera is an app developed by the government to manage Covid-19 outbreaks and hotspot tracing in the country.

Malaysia Singapore Coffeeshop Proprietors’ General Association president Datuk Ho Su Mong said they supported the government’s move but hoped they are given time to implement it.

“We support the step taken by the government as we don’t want another wave of infections. We cannot afford that, ” he said.

However, he said that some of the association members were not so well-versed with technology and would thus need time to adapt to it.

Fomca president Datuk Marimuthu Nadason agreed with the government’s move, saying that they were on the right track.

There shouldn’t be any objection to the ruling, he said.

In Klang, Little India entrepreneurs association secretary D. Sivapathasegaran said businesses might find the ruling slightly difficult to adapt to in the beginning but everyone must adapt.

“We have gone through many tests and challenges since the Covid-19 pandemic struck and have managed to meet the necessary changes accordingly.

“This is just another addition to the changes we have to make, ” he said.

Jalan Tengku Kelana is one of the busiest business areas in Klang.

Sivapathasegaran said the association would help its members overcome the glitches.

“Businesses have no choice but to utilise MySejahtera to boost confidence among customers.

“People must feel safe and confident when they frequent our outlets, ” he said.

Sivapathasegaran said his association would also study the pros and cons of the application and convey the findings to its members. 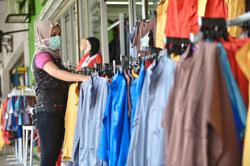 Some good news for micro businesses 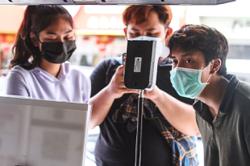 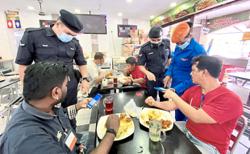