KUALA LUMPUR: Foreign Affairs Minister Datuk Seri Hishammuddin Hussein says he will “have a word” with his Chinese and United States counterparts, following rising tensions between the two superpowers in the South China Sea.

“Tonight (Aug 5), I’m having a call with the Chinese Foreign Minister and so happens, tomorrow (Aug 6), I will speak with US Secretary of State Mike Pompeo.

“I will raise this issue with the both of them, ” he said during his winding-up speech in Parliament on Wednesday (Aug 5).

Hishammuddin expressed concern that Malaysia could be dragged into the geopolitical conflict between the two superpowers.

“We must avoid confrontation by any parties, ” he added.

At the same time, Hishammuddin said Asean countries must not be swayed by the narratives and pressures by superpowers over the South China Sea issue.

In facing adversity by superpowers over the South China Sea, Hishammuddin said Asean countries must be united and not fragmented.

“So that our strength can be translated effectively, ” he added.

He also said there were even overlapping claims on the South China Sea among Asean countries such as the Philippines, Vietnam and Brunei.

“If Asean is split, Malaysia might not be able to confront China and the United States. Our best chance is if Asean is solid.

“To solve this issue with China, we must ensure that Asean solidarity is strong and we are in a bloc together in facing superpowers, ” he added. 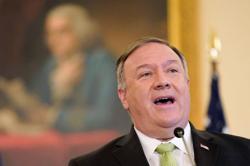 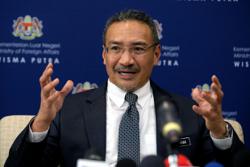