KUBANG PASU (Bernama): Police have mounted six roadblocks in the Kubang Pasu district as part of efforts to contain the spread of Covid-19 linked to the Sivagangga cluster.

Kubang Pasu deputy police chief DSP Chien Chunng Tsaur said one roadblock has been set up in Kodiang while five more were mounted in Changlun.

"These roadblocks are in line with the targeted enhanced movement control order (TEMCO) implemented in the district and also to assist the Health Ministry screenings on those residing in the affected areas, ” he told reporters here Monday (Aug 3).

DSP Chien said a total of 96 personnel are stationed in these roadblocks, adding that police may also seek reinforcement from other agencies if needed.

Police will also conduct patrols to ensure residents comply with all directives, especially those under home quarantine.

"We will not be allowing outsiders to come into the affected areas and those with quarantine pink wrist tags are not allowed out of their homes, ” he said. - Bernama 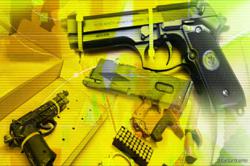 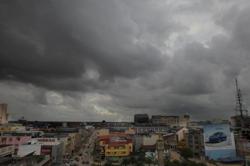 Over 2,000 investigation papers opened against civil servants over graft probe since 2016
Budget vote: Parliament sitting today (Nov 26) to be extended until all debates concluded
Animal advocacy group offers RM2k reward for info on man who shot stray dogs
Lost hikers rescued after 14 hours at Penang forest reserve
IGP: Personnel from CID, narcotics and assets deployed to M'sia-Thai border
Do you know...about proboscis monkeys?
Parliament: Will the MPs vote for Budget 2021 today (Nov 26)?
Covid-19: Cases up by 970, bringing total to 59,817 (updated daily)
Save them: Pangolins are not Covid-19 carriers, researchers confirm
Screening a must for 1.7 million foreign workers