THE secretary of Masjid Jamek in Kampung Kuala Slim in Perak, Shukeriradzi Md Said, said he was relieved to have fulfilled the wishes of the late Slim assemblyman Datuk Mohd Khusairi Abdul Talib who had donated five sacrificial cows for Hari Raya Haji.

A grateful Shukeriradzi, 52, said he received the cows from Khusairi himself a day before he died on July 15, Harian Metro reported.

He said he felt sad remembering the last moments he shared with the 59-year-old leader.

“I am relieved and grateful to be able to fulfil the wishes of Datuk Mohd Khusairi and slaughter the five sacrificial cows myself.

“I couldn’t sleep well every night but now that I have fulfilled his wishes, I feel relieved and pray that his deeds will be rewarded, with his soul placed among the believers, ” he said.

> The daily also reported that K-Clique will be launching a biography titled Merais, which documents the popular hip-hop group’s journey in the entertainment industry since 2014.

“This book is written by us and through this book, each of us will tell our own story.

“We want readers to know who we really are as we hope to inspire the people, ” one of the members, MK, said during an event in Damansara, Petaling Jaya, recently.

> The Wildlife and National Parks Department (Perhilitan) revealed that 267 wild animals, including nine protected species, were killed in road accidents since 2013, Kosmo! reported.

He said the animals most affected were wild cats or leopard cats, constituting 140 cases. 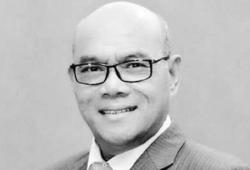 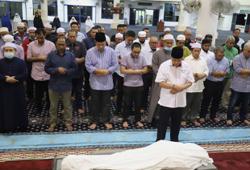