PETALING JAYA: The incoming state election in Sabah will not lead to a snap general election, say analysts.

Though he noted that there were many factors a party would consider prior to heading to the polls, Oh said that Bersatu isn’t in any viable political position for negotiations.

“Because Umno will gobble up the party as Bersatu has no viable political position to negotiate in any seat negotiations.”

Oh said that there is much politicking in Sabah now, where the best solution would be to call for a snap election.

“Let’s see if people prefer this sort of abrupt change of government. This is also a referendum on whether Datuk Seri Shafie Apdal has been doing well as chief minister, ” he said.

Oh also warned that other Pakatan Harapan states such as Negri Sembilan and Selangor may be at risk of being toppled.

“It would appear that the federal government is very intent on flipping over Pakatan states. So, with or without Sabah, they will go and try to flip Negri Sembilan and maybe Selangor," he said.

“Unless something extraordinary occurs at the federal level, then a snap election can be called anytime.”

Tony said that too much politicking is currently taking place in Sabah, adding that since GE14, state politics have remained unstable.

“Democratically, this is the best option. The Yang di-Pertua Negeri (TYT) has decided based on his judgement in order to end the crisis.

“Unfortunately, this time, we are still fighting Covid-19. Of course, this is not good for our economic well-being and the people.”

“This is to teach a lesson to political leaders who attempted to take over the state government by defections and offers, and this happened while Sabahans are still facing the Covid-19 economic fallout.”

Awang Azman also said Shafie, who leads Parti Warisan Sabah, has a brighter chance of winning the state elections at present, as locals were unhappy that there were attempts to topple the present government.

“The political crisis in Sabah took place because of a certain leader who was excited at toppling the state government," he said.

Awang Azman also warned that other Pakatan states might be at risk of falling to Perikatan.

“It is not impossible that similar attempts will be launched in states such as Negri Sembilan and Melaka to prove the popularity of the Perikatan-government led by Muhyiddin, ” he added. 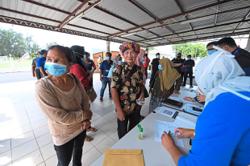 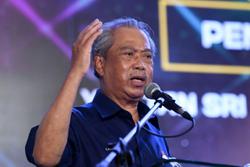 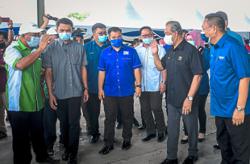