EC: 73 seats up for grabs in Sabah polls

KOTA KINABALU (Bernama): A total of 73 seats will be contested in the coming Sabah state election, up from 60 previously, the Election Commission (EC) said Saturday (Aug 1).

On Thursday, Chief Minister Datuk Seri Mohd Shafie Apdal announced the dissolution of the Sabah State Legislative Assembly, paving the way for a state election to be held within 60 days.

In July last year, the Dewan Rakyat approved a bill to increase the number of seats in the Sabah state assembly from 60 to 73.

The bill was supported by all 158 Members of Parliament present in the Dewan Rakyat then, including representatives from Sabah. - Bernama
Article type: free
User access status:

Concentrate on the problems of Sabah, Patriot tells elected reps 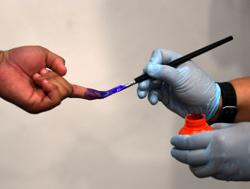 EC notified on dissolution of Sabah assembly, to hold meeting on state election