TEMPERS flared when Kota Raja MP Mohamad Sabu spoke about Malay supremacy and corruption in the Dewan Rakyat, resulting in a shouting match between lawmakers from both sides of the divide.

It started when Mohamad highlighted the danger of championing one particular race without limits as he drew parallels with the US experience.

“What happened in the United States is the best example of white supremacy. It started during the George Washington and (Abraham) Lincoln period but it peaked during Donald Trump’s era because his administration was responsible in igniting racial issues.

“Then chaos broke out in the entire US and even though we (the world) are facing a pandemic, the people are still going out to demonstrate, ” said Mohamad, who is Parti Amanah Negara president, during his speech on the Royal Address yesterday.

Mohamad then claimed that the concept of white supremacy was the same as Malay supremacy.

“We don’t see the danger now; it’s still at an early stage. What took place in the US manifested over hundreds of years and finally, we see that white supremacy has brought about never-ending chaos that is spreading across the world.”

Ahmad Fadhli Shaari (PAS-Pasir MAS) then interjected Mohamad and suggested that the former defence minister might have misunderstood the issue because “white supremacy and Malay supremacy are two different phrases”.

“Malay supremacy is about rights enshrined in the Constitution.”

Mohamad said he agreed with Ahmad, while also stating that Muslim leaders should not be supported if they are embroiled in corruption. He noted that support should be given to Muslims with integrity regardless of which party they were from.

This appeared to have ruffled Tan Sri Noh Omar (BN-Tanjong Karang) who stood up to point out that Mohamad’s remarks on corruption and the Malays had been too general.

“I feel slighted because I’m a Malay. I support the struggle for Malay rights but to relate them with corruption, it is too general.

“If you are really fighting for the Malays and Islam, why did you jump from PAS to Amanah? PAS fights for Islam, what is the difference?

“Who is corrupted here? Do you have evidence? Don’t be so general. YB, you are a Malay, don’t insult the Malays-lah, ” said Noh.

Mohamad denied that he was insulting the Malays, saying that he was merely declaring support for more Malays with principles and integrity.

In response, Noh Omar said he supported Mohamad’s remarks, but maintained that corruption should not be associated with the Malays.

“Don’t bring down Malay dignity, YB, you are a good Malay, you are not corrupted, don’t be like that.”

A shouting match then erupted between Noh and several Amanah leaders who came to Mohamad’s defence.

Khalid Samad (PH-Shah Alam) claimed that Noh was particularly incensed when corruption was mentioned by Mohamad.

Noh shot back at Khalid, pointing out to the former federal territories minister that his political secretary was investigated by the Malaysian Anti-Corruption Commission.

“He is just investigated, not charged yet, ” said Khalid.

Earlier, during Mohamad’s speech, the former defence minister also raised concerns over the way the government had handled the refugee crisis in the past.

He cited the discovery of mass graves in Wang Kelian, Perlis.

“Whoever killed those refugees, it really shamed Malaysia at an international level, ” he added. 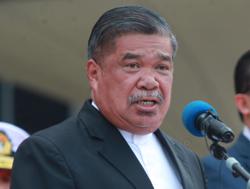 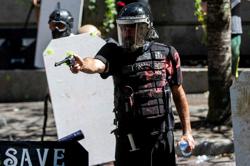 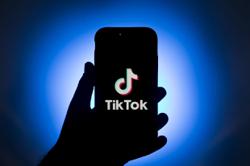