Standing with Palestine: Hishammuddin (right) with his deputy Datuk Kamaruddin Jaffar and Walid (left) at the launch of the campaign at Parliament. — Bernama

PETALING JAYA: Malaysia continues to voice its opposition to Israel’s illegal annexation of Palestinian territories with the launch of the Unite For Palestine campaign.

The leaders put down their signatures as part of the campaign at a dedicated section set up in the Parliament lobby.

Wisma Putra in a statement said Malaysia had been consistent in continuously voicing its stand and strong opposition at international platforms on the Palestinian issue, including at the United Nations and Organisation of Islamic Countries (OIC).

It said Malaysia had always defended the rights of the Palestinians and voiced opposition to illegal Israeli settlements on Palestinian territories in accordance with Resolution 2334 which was adopted in 2016 by UN Security Council.

Israel’s plan to annex Palestinian territories has been strongly criticised by UN-member countries, the OIC and Non-Aligned Movement member countries.

On July 16, an emergency motion was tabled in Parliament by Ledang MP Syed Noh Syed Ibrahim to debate the proposed annexation plan by Israel of the occupied Palestinian territories.

The motion was later passed. 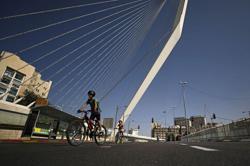 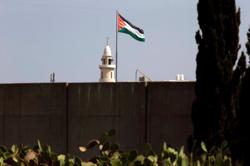 Palestinians out of sight, almost out of mind for Israelis seared by 2000 uprising