Book-smart ones more likely to fall for scams 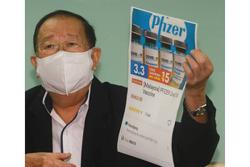 Expert views: (From left) Chong, Fong and Nanthini share their views on why certain people are more susceptible to being conned.

PETALING JAYA: From his experience in helping those duped by “love scammers”, he found that the educated ones were ironically more likely to become victims.

MCA Public Services and Complaints Department head Datuk Seri Michael Chong said the number of women getting conned was on the rise and the more educated they were, the more susceptible they were to flattery.

“I have been doing this (helping people) for many years. This type of scam involved men duping women into sending them huge amounts of money, even though they have never met each other,’’ he said.

Chong, who has helped countless people, said he noticed that scam victims were usually educated or were professionals.

“They are very trusting towards strangers and tend to get easily cheated.

“They only come to their senses when they have lost a lot of money.”

Chong said that “love scams” emerged about 15 years ago and despite all the news reports about it, people were still getting conned.

He believed that many cases went unreported as the victims were too embarrassed about it.

According to Chong, 90% of the cases involved women.

Those most vulnerable were usually above the age of 40.

The conmen, he said, tended to target widows, divorcees and older single women.

“We noticed that when a person has money or had a relatively easy life growing up, they are the ones who tend to let their guard down and are more trusting.

“But the ones who had a tougher life and are more street-smart tend to be more vigilant and guarded,’’ he said.

“So that’s why you see many victims who are educated and hold high-profile jobs getting conned so easily.

“They put too much trust in strangers because they don’t expect people to stoop so low as to cheat them,’’ he added.

Fong gave the example of retirees who had more savings.

Fong is a founder of a company that provides cybersecurity services.

Both Chong and Fong advised Malaysians to always carry out checks and verifications, and never ever share personal information with a stranger even if he claims to be a policeman.

Malaysians Against Rape, Assault and Snatch Theft founder Dave Avran said scams were designed to elicit emotions such as excitement or fear.

“This manipulation allows the scammer to influence the cognitive processes you use when making decisions.

“There are key factors that make you more likely to respond to scams: high motivation triggers like earning easy money and high trust factor by focusing on interaction rather than message content often generated by the use of ‘official’ notices or logos.”

Psychologist Nanthini Ramalo is not surprised by claims that educated people tend to fall easily for scams.

With the right words, she said, scammers could trigger certain emotions to manipulate their victims.

“Yes, many victims tend to be educated, independent women who have access to all this technology and money, and when they are suddenly presented with this great opportunity to make even more money, they fall for it,’’ she said.

“And all these emotions trigger something in their minds that they are the ‘lucky’ ones to have been chosen to be with this man and to benefit from this business deal. They actually believe that they deserve this good fortune.”

Nanthini said she had seen this behaviour in many people who came to her for advice after getting cheated.

She would ask them how they could have been misled by something that sounded so far-fetched or why they did not cross-check.

“They told me they were afraid that if they shared the information, someone else might benefit from it,’’ she added.