Meeting at the half-way mark of the Causeway 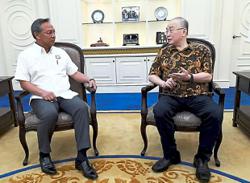 Proposed spot: Hishammuddin is expected to meet with Vivian on the Causeway tomorrow.

JOHOR BARU: The foreign ministers of Malaysia and Singapore will meet at the mid-span of the Causeway tomorrow in a prelude to the signing of the Rapid Transit System (RTS) agreement on July 30.

Datuk Seri Hishammuddin Hussein will have a chat with his Singaporean counterpart Vivian Balakrishnan at the half-way mark of the Causeway, reputed to be the world’s busiest border crossings.

Johor Mentri Besar Datuk Hasni Mohammad is among the other officials expected to be present.

The informal meeting, expected to be brief, will touch on progress on bilateral issues such as the RTS and reopening of the border.

Last week, Hishammuddin and Vivian announced that both governments had agreed to implement the Reciprocal Green Lane (RGL) and Periodic Commuting Arrangement (PCA) on Aug 10.

They said RGL would enable cross-border travel for essential business and official purposes between both countries.

The Mentri Besar’s special officer, Datuk Tee Siew Kiong, described tomorrow’s meeting as a “warm-up” to the RTS signing to be witnessed by the prime ministers of both countries.

He said Johor was looking forward to the signing ceremony as the long overdue RTS would help the state move forward in terms of economic progress.

“The RTS will be a game changer for Johor, where not only will it help ease congestion, it will also help attract tourists and investors here,” he said.

Tee pointed out that the RTS signing ceremony was also significant as it showed the strong relationship between Malaysia and Singapore.

“Both countries can help each other, especially during the current economic challenges due to the Covid-19 pandemic,” he said.

“Johoreans have been waiting for the completion of the RTS for years as the project will bring significant positive impact to the local economy,” he added. 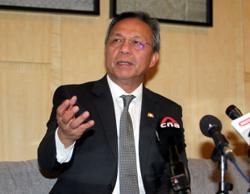