Facing the law: MACC officers escorting the seven suspects at the Magistrate Court in Putrajaya. — Bernama

PUTRAJAYA: Staff of several telecommunication companies are now under the radar of graft investigators for allegedly accepting bribes to reveal personal data of their customers.

Sources said investigations into the activities of a syndicate recently found that staff of certain telcos were collaborating with the syndicate.

“The syndicate is believed to have bribed telco companies’ staff to provide them with customers’ data. We will be investigating them soon,” a source said in an interview.

The syndicate is believed to have been raking in millions of ringgit by charging mobile users without their knowledge.

The Malaysian Anti-Corruption Commission (MACC) successfully crippled the syndicate with the arrest of its seven members.

The suspects were arrested at various locations in the Klang Valley on Tuesday.

They were brought before Magistrate Shah Wira Abdul Halim and were remanded for four days until Saturday.

Those remanded are aged between 38 and 44, and included a company director and his technical staff.

It is learnt the suspects are being probed for their involvement in three companies which are SMS content service providers by sending paid SMS to mobile phone users nationwide.

The companies are said to have sent SMS providing promotional and other services to telco customers.

Sources said that for the SMS sent by the syndicate, handphone users were charged between 50 sen and RM4.

However, the telco customers were unaware that they were being charged for the service.

“The syndicate’s main targets were prepaid card users as the charges would not be reflected in their bill.

“The syndicate is also believed to have been making claims to telecommunication companies as service charges. This means they were raking in profits from both mobile users and telcos,” said a source.

The syndicate is believed to have been operating for the past five years and had gained profits amounting to millions of ringgit.MACC chief commissioner Datuk Seri Azam Baki confirmed the arrests, saying the case was being investigated. 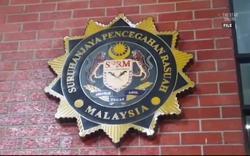