IPOH: Perak's Hop-on Hop-off buses will no longer be making a stop at the Movie Animation Park Studios following its closure earlier this year.

Nolee Ashilin said the new stop was among several locations covered by the bus.

Nolee said the bus services had been halted for nearly five months due to the movement control order (MCO).

"Since the interstate travel ban has been lifted, we are glad to have the bus back in service," she said, adding that the services would be available during weekends from 8.30am to 9.30pm.

“We have allocated three buses for the services that will cover destinations in Ipoh until Batu Gajah.

"Two buses will be for the out-circuit route and one for in-circuit, ” she said. 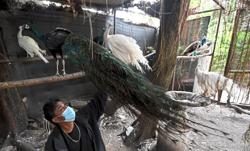