SIBU: The body of an Indian national who was reported drowned five days ago was found on Wednesday (July 22).

Sibu deputy OCPD, Supt Collin Babat, said the body of Pandey Saurev, 21, a general worker at a shipping company, was found at 11am in Batang Lassa by his colleague.

Sigat Agok, 57, was relaxing at a jetty in Kampung Serbian, Batang Lassa with a friend when he saw a corpse drifting in the water

"He then tied the left leg of the body to the jetty as he feared it would drift away," said Supt Collin.

The body was later removed from the water by Daro police who were assisted by members of the public.

The body was identified by Sigat at Sibu Hospital. He confirmed it was Pandey based on his clothes and bracelet.

Supt Collin said there were no injuries on the body.

The victim had fallen into the water while pulling up the rope of a vessel in Tanjung Banyok. 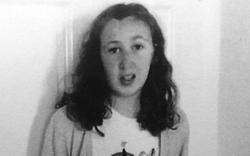