A family in Sungai Siput, Perak, which fell on hard times and were living in a car wash place has been given a rented house to stay with the help of the state Mentri Besar, Makkal Osai reported.

K. Letchumi and her husband were getting by with the income from the business but this dried up with the pandemic lockdown.

Vijaya Tamarai then found the family a rental house in Sungai Siput itself and helped them move in. The state has also helped pay the deposit and six months’ rental to give the family time to get back on their feet.

> Two staff members of an electricity company in Telangana, India, ended up being tied to a tree, Makkal Osai reported.

The two workers from the local electricity company reportedly went to the village in Medak to collect bill payments but the villagers began arguing with the workers saying they had lost their jobs and had no income due to the Covid-19 lockdown.

They insisted that the company defer the payments and the argument soon heated up and resulted in the villagers tying the two men up. The men were eventually rescued by the district police. 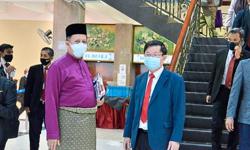 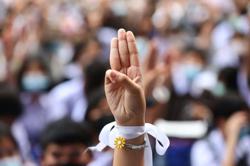