Special Palestine unit to be established

A SPECIAL unit on matters related to Palestine will be formed and placed in Malaysia’s embassy in Amman, Jordan, says the Foreign Affairs Ministry.

The ministry said it had several consultation sessions with Jordan’s Foreign Affairs and Expatriates Ministry to identify the processes needed for Malaysia to open an embassy accredited to Palestine in Amman.

“In the context of negotiations, Malaysia respects the stand of Jordan’s Ministry of Foreign Affairs and Expatriates.

“As steps are being taken towards realising this initiative, Malaysia is willing to accept the suggestion that we form a special unit related to Palestine which will be placed at Malaysia’s embassy in Amman.

“Currently, Malaysia’s Foreign Affairs Ministry is in the process of forming the special unit, which includes having diplomatic officers and support staff, as well as spending allocation for this special unit.

“The process should have been done before this but it was postponed due to the Covid-19 pandemic, ” said Wisma Putra in a written reply to Nik Mohamad Abduh Nik Abdul Aziz (PAS-Bachok) who asked for updates on Malaysia’s plans to open an embassy for Palestine in Jordan’s capital.

It said that the position of both the Honorary Consuls was to fulfil the objective and functions of forming the Palestine unit at the embassy.

Wisma Putra said the government was committed to its efforts and support of Palestine.

“As such, the forming of this Palestine unit under purview of the Malaysian embassy in Amman can be seen as one of the measures of the government in continuously supporting the plight of Palestine, ” said the ministry.

He said the opening of the accredited embassy would allow Malaysia to extend aid to Palestinians more easily. Palestine currently has an embassy in Kuala Lumpur. 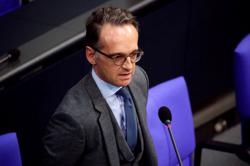