TVB shuts down HQ following visit by singer with Covid-19

HONG Kong broadcasting company TVB was forced to shut down its headquarters after a singer, who tested positive for Covid-19, came in contact with more than 100 of its staff, Sin Chew Daily reported.

Subsequently, she was confirmed on July 18 to have been infected with the coronavirus.

Sze is believed to be the first celebrity in Hong Kong to have contracted the disease, sending the entertainment industry into a panic mode.

Not only that, Sze’s manager, boyfriend and four other promoters at her company tested positive as well.

In a statement released on July 18, TVB said its headquarters would be closed for two days for cleaning.

The site will be disinfected as well.

Apart from TVB, Metro Broadcast Corporation and Commercial Radio Hong Kong have arranged for their premises to be cleaned as well.

> Huazong has urged the public to be rational and not turn the issue on the recognition of the Unified Examination Certificate (UEC) into a racial matter, Sin Chew Daily reported.

Its president Tan Sri Goh Tian Chuan said that there were certain parties who had misconstrued his recent remarks about a meeting with Prime Minister Tan Sri Muhyiddin Yassin.

In a statement issued on Saturday, Goh acknowledged that Muhyiddin did not make a promise about the UEC issue and that Huazong had not implied that the Prime Minister had done so.

“During the meeting, the Prime Minister expressed that the recognition of the UEC must be based on (existing) policies and national sentiments which will require further discussion to achieve a consensus,” he said, adding that Huazong welcomed such a statement.

The UEC qualification is taken by Form Six students at independent Chinese schools. It is considered equivalent to the STPM in many foreign universities.

UEC has yet to be recognised by public universities in Malaysia. 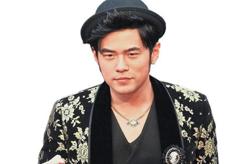