The idea to use IMM13 as the sole document to be extended to holders of Burung-Burung card and Census Certificate is no different with PSS, Anifah stressed.

In a statement on Tuesday (July 14), the former foreign affairs minister reminded that the citizenship issue is a sensitive one in Sabah.

“I thanked Home Minister Datuk Seri Hamzah Zainudin and Members of Parliament (MPs) from Sabah and Sarawak for debating the issue of citizenship and stateless children at the Parliament sitting on Tuesday.

“But I would like to remind how earlier this year in January when the state-led Warisan government tried to issue the PSS to a combined 136,055 document holders of IMM13, Burung-Burung card and Census certificate.

“The PSS has been the reason why Warisan lost in the Kimanis by-election, when the people rejected the proposal.

“So, the Perikatan government must be careful and learn from this failure, ” said the former Umno leader, previously reported to be working on merging three Sabah-based parties under Parti Gagasan Rakyat Sabah.

Anifah further questioned why there was a need for holders of Burung-Burung Card and Census Certificate be recognised into IMM13 group (previously given to refugees fleeing the Filipino civil war in the 70s).

“The government cannot legitimise (menghalalkan) the holders of the other two documents to obtain IMM13, which was sanctioned by the United Nations (UN).

“Even though the government was urged to consider that due to humane factors in dealing with stateless children, the government could not pawn the future of genuine Sabahans.

“Therefore, I urged the government to re-evaluate and find an alternative solution without jeopardising the interests of genuine Sabahans, ” stressed Anifah. 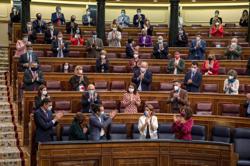