The Deputy Chief Minister said the measures would include more testing, with the details to be announced on Tuesday (July 14).

"We are preparing ourselves to face a possible second wave. Tomorrow, I will announce additional measures that we are going to take to continue to chase and cut the chain of transmission," he said at the state disaster management committee's briefing here on Monday (July 13).

This comes after five local transmissions were reported in Kuching in the last three days, including two cases identified as the new Kuching engineering cluster.

Uggah said contact tracing for the five recent cases was being carried out extensively.

He urged those who had come into contact with the cases to get tested at the government health clinics at Jalan Masjid, Tanah Puteh, Kota Sentosa, Batu Kawa and Petra Jaya here.

Uggah also said one new imported case was reported in Bintulu on Monday (July 13), bringing the state's tally of confirmed infections to 580.

He said the latest case was an Indonesian crew member of the LNG Jupiter vessel which was on its way from Singapore to Sabah after arriving from Japan.

The 59-year-old man underwent a polymerase chain reaction (PCR) swab test in Indonesia on June 16 and at Kansai Airport in Japan on June 22 before setting sail on June 23. Both tests were negative.

He started suffering symptoms when the ship entered Singapore waters on July 3 and was given treatment, but no Covid-19 test was done.

On July 11, when the ship was near Bintulu on its way to Sabah, the man's condition worsened and he was brought to Borneo Medical Centre in Bintulu for Covid-19 screening.

"The preliminary screening from an antibody rapid test kit found that he was positive. He was then referred to the Bintulu Hospital for further treatment, where he is unconscious and intubated.

"His PCR test came back positive on July 12," Uggah said. 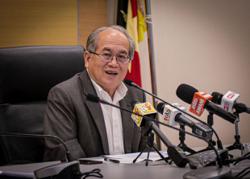 Sarawak to step up monitoring, enforcement to keep haze at bay during dry season

Warding off the dreaded second wave 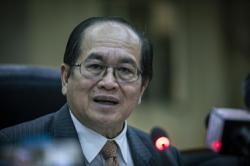