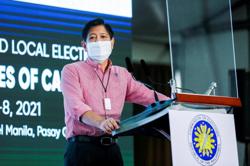 PETALING JAYA: Dr Lim Boo Liat, one of the pioneers in the field of zoology in Malaysia, died at home in Cheras at the age of 94 on Saturday (July 11).

Those involved in the field of conservation paid their tributes to him online, saying that the country had lost a legend in the field.

Considered to be one of Asia’s most eminent zoologists and mammalogists, Lim was awarded Honorary Membership to the American Society of Mammalogists (ASM).

He was the fourth Asian, and the first Southeast Asian, to become an Honorary Member of the ASM, an award that dates back to 1919.

Lim, who was born in 1926, was awarded the Merdeka Award in 2013 for his contributions to the conservation of Malaysia’s biological diversity and for advocating the protection of our natural heritage.

"Lim’s decades of scientific research and advocacy in protecting the nation’s rich biodiversity have contributed immensely to the nation.

"He was an outstanding zoologist and had made significant contributions to the conservation of Malaysia’s bio-diversity and the protection of our natural heritage, ” the Merdeka Award Trust said in a Facebook post on Sunday (July 12).

In an interview that was published in The Star in December 2003, Lim said his life changed when he saw an advertisement for a temporary lab assistant post at the Institute for Medical Research (IMR) in Kuala Lumpur.

From his temporary position in IMR, he worked his way up to head the Medical Ecology Division of the IMR, which later became the Environmental Health Research Centre.

At the end of the 1960s, he was given the opportunity to pursue a Masters degree in Science at the University of Aberdeen.

He was the first person to be awarded a Doctorate of Philosophy by Universiti Sains Malaysia in 1977.

The IMR said that in 1977, he was seconded to the World Health Organisation (WHO) in Indonesia where he headed the Vector Biology Control Research Unit in charge of conducting research on such subjects as plague, malaria control and, also, rodent control before retirement in 1987.

“He has dedicated his professional life to working in bio-medical research on small animals in relation to zoonotic diseases. His six decades of scientific research and advocacy in protecting the nation’s rich biodiversity has contributed immensely to the nation.

“He is an outstanding zoologist and has made significant contributions to the conservation of Malaysia’s bio-diversity and the protection of our natural heritage, ” IMR said in a Facebook post.

Lim was also said to have contributed to setting up the National Zoo and was also instrumental in the revival of the Malaysian Nature Society (MNS) in the 1950s after its long hiatus during the Second World War.

In a tribute to him, the Habitat Foundation said Lim was responsible for writing more than 300 publications and other major works such as the Red List of Mammals of Peninsular Malaysia.

“But perhaps Lim's greatest legacy has been his role in nurturing and guiding the next generation of biologists and conservationists, ” they said. 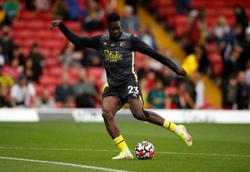