Dr Wee said that Yong, who is the younger brother to The Star's Johor Baru bureau photographer Thomas Yong Kim Sing, was well known for his passion in promoting the Chinese language and teaching calligraphy – not only in the country, but internationally as well.

He added that he was shocked to find out about Yong’s sudden passing.

“The late Yong is known for his humble and approachable attitude and as the Johor Calligraphy Society president, he had done a wonderful job in teaching the younger generations about Chinese culture.

“We worked together for some cultural programmes and the last that we held together was in 2018, promoting Chinese calligraphy at a school here, ” he added.

Dr Wee, who is also Ayer Hitam MP and Transport Minister, said this after paying his respects during the wake held at Nirvana Memorial Centre in Skudai here on Saturday (July 11).

“His spirit is something that we should emulate, because it is important that we learn our culture – that is why there are still calligraphy classes in Chinese schools today.

“Calligraphy is more than just art, it can teach us to be patient and instil good value to a person during the learning process, ” he said, adding that it was rare to find a young calligraphy teacher like Yong.

“Most of the Chinese calligraphy educationists are at a very senior age but he was very young. It is a great loss not only for the community in Johor but to the country as well, ” he said.

Meanwhile, Thomas said that his brother started his passion into calligraphy at the early age of 15.

“After Form Three, he pursued his studies in Chinese calligraphy at an institution in Johor Baru.

“His calligraphy reached not only Johor Baru, but also China and Singapore, ” he said, adding that the last time he met his brother was at a family gathering in June.

Yong’s funeral will be held on July 14 at Nirvana Memorial Park in Kulai. 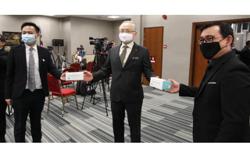 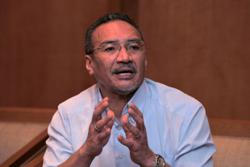