The driver of the MPV suffered a hand injury, he said during a press conference at the Padang Besar District Police Headquarters Saturday.

Supt Saifudin said police seized 19 white sacks believed to contain ketum leaves weighing about 570kg as well as 0.8g of drugs believed to be methamphetamine from the suspect, with initial investigations revealing that the 43-year-old was a resident of Felda Mata Ayer.

The case is being investigated under the Penal Code, Road Transport Act 1987, and Poisons Act 1952 for attempted murder, obstructing civil servants from carrying out their duties, reckless driving, and smuggling of ketum leaves, he added. – Bernama 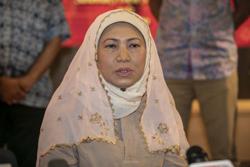