Selangor Mentri Besar Datuk Seri Amirudin Shari said in a statement Friday (July 10) that the termination of her tenure in the state executive council had been finalised.

He added the executive council had met on Wednesday (July 8) to discuss Haniza's status in line with her expulsion from PKR.

According to Amirudin, Selangor Ruler Sultan Sharafuddin Idris Shah had given his consent in regards to Haniza's sacking, during an audience on Thursday (July 9) where he was briefed on the matter.

Haniza was the exco member in charge of housing and urban living.

In an immediate response, Haniza said she had just received her termination letter.

She added she had written to Amirudin as soon as she was sacked from PKR to ask for time to tie-up loose ends before handing over the portfolio to the new exco member.

"The 10 days that I had (between expulsion and termination as an exco member) gave me enough time to make sure all pending work was completed before handing over to the new person," said Haniza.

She added she had briefed the state agencies under the portfolio to continue working on the plans that had been initiated during her tenure as well as to prepare the necessary documents to be presented to the new exco member.

Haniza said she experienced mixed feelings when she received the letter.

"We had a lot of things planned under the housing and urban living portfolio," said Haniza who is Lembah Jaya assemblyman.

With Haniza's departure from PKR, the party now is left with only 17 Selangor state assembly seats out of the 21 seats it won in the last general election.

The other Selangor reps who are no longer with the party are Datuk Seri Azmin Ali (Bukit Antarabangsa), Dr Daroyah Alwi (Sementa) and Hilman Idham (Seri Gombak). 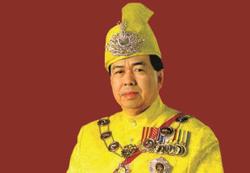