Parishioners closer to God at a safe distance

Council of Churches of Malaysia (CCM) general secretary Rev Dr Hermen Shastri said that despite the many conditions and standard operating procedure (SOP) to follow, the people had been understanding.

“Empty spaces were seen everywhere. It was a little strange to be in the church with distanced sitting,” he said in an interview yesterday.

He said there was also no gathering for fellowship with others after the worship service.

Rev Hermen noted that worship time was also controlled, which meant that it could not be more than one-and-a-half hour.

To ensure public safety and hygiene, they were not allowed to linger and the premises thoroughly sanitised.

All worship services were also streamed online, he added.

On June 15, Senior Minister Datuk Seri Ismail Sabri Yaakob said all 5,230 non-Muslim places of worship could begin to operate but only at one-third of their usual capacity.

He said worshippers were also expected to adhere to social distancing rules and temperatures must be taken.

Many churches in the Klang Valley opened their doors yesterday since the movement control order (MCO) was implemented on March 18. A small number of these places resumed services for Sunday Mass last week.

A check at the Church of St Francis Xavier on Jalan Gasing here saw the church mobilising more volunteers to help with the crowd, SOP adherence and traffic control.

“We opened for our first Sunday Mass last weekend and everything went smoothly,” he said, adding that only 220 people out of its 5,000 parishioners were allowed at the premises.

He said that priority was given, among others, to those living within the church boundary and those involved in the parish ministries.

“The rest of the 50% is open to the public who register online,” he said.

Father Norris noted that church Mass is reduced to only one session on Sunday morning in July, with plans to gradually open up more while remaining cautious. 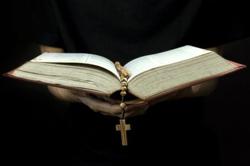