GEORGE TOWN: Human bone fragments and personal items found in a bush near the Penang Race Course at Jalan Batu Gantung on June 24 are related to a missing persons report filed in 2017, says the police.

George Town OCPD Asst Comm Soffian Santong says the human bones and personal items were found by a 30- year-old man who was doing landscape work next to the race course at about 4pm on June 24.

"At about 3pm the next day, the man brought the bones along with the personal items to the Kampung Baru police station to lodge a report," he said in a statement Monday (July 6).

ACP Soffian said further investigations by police on the personal items found at the scene revealed it was related to a missing foreign person case in the north-east district in 2017.

ACP Soffian said a post mortem confirmed that the bones were human.

It is believed that the bones belong to Australian Annapuranee Jenkins, who went missing here three years ago.

ACP Soffian said police are currently awaiting the Australian Embassy to hand over a DNA sample of the missing person so that a DNA test can be conducted.

"This is to determine the identity of the discovered bones," he said.

ACP Soffian said police had never stopped investigating the Australian's disappearance and any new leads will be used to solve the mystery behind the disappearance.

In December 2017, Jenkins left her hotel and husband to seek dental treatment at a clinic in Pulau Tikus.

Upon completion of her treatment, with the help from clinic staff, she hailed a ride-sharing service provider, with instructions to head to the Little Sisters of the Poor Home for the Aged in Batu Lanchang to visit her aging mother.

While en route, she suddenly told the driver to stop at the Scotland Road and Batu Gantung main traffic intersection.

The driver instead went into a compound near the Sri Ramakrishnan Orphanage to drop off the woman due to the busy oncoming traffic.

She then hurried out of the vehicle and within minutes, disappeared from sight.

Since then her family members have been pursuing efforts to find her, including hiring a private investigator from their native country.

Annapuranee was born in Parit Buntar, Perak, where she met her Australian husband in the 1970s.

The couple had come back for a routine visit to Penang when she disappeared. 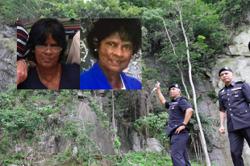 Is it Jenkins? Penang cops await DNA samples from Australia after bone discovery 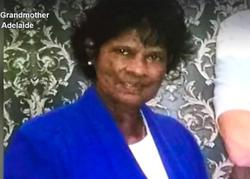