ALOR SETAR: Muafakat Nasional has proposed Tan Sri Muhyiddin Yassin as the prime minister candidate in the 15th General Election as he is seen as being good for the country, says PAS deputy president Datuk Tuan Ibrahim Tuan Man.

He said the alliance supported Muhyiddin, who is Parti Pribumi Bersatu Malaysia president, as the best candidate for prime minister.

“We support, which means we are not greedy. We accept what is good, the people chose and assessed. We see this as being the best for the people and country.

“This is the decision by Muafakat Nasional.

“We had our own candidates but what is important is that Tan Sri Muhyiddin is accepted by the people and what he has done so far has been the best for the country, and we must continue this, ” he told reporters after attending the PAS government advisory council meeting in Seri Mentaloon here today.

Tuan Ibrahim was commenting on a statement by Parti Putra Malaysia (Putra) president Datuk Dr Ibrahim Ali on Friday that the alliance’s announcement of Muhyiddin as candidate was proof that all the leaders in Umno and PAS were not qualified for the post.

Last Thursday, PAS president Datuk Seri Abdul Hadi Awang had announced in a brief statement on Facebook that PAS had decided to name Muhyiddin as prime minister candidate in GE15.

This was followed by Muafakat Nasional co-secretary general Tan Sri Annuar Musa, who said that the alliance had agreed in principle to continue supporting Muhyiddin as candidate. — Bernama 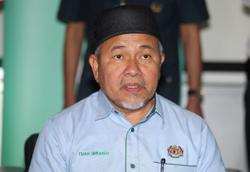 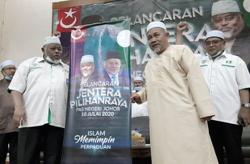