PETALING JAYA: Waste collected at sewage treatment plants came up to about 40,000 tonnes annually for the past three years.

Despite the colossal amount, it was a significant reduction from the 70,000 tonnes recorded in 2014.

It showed that Malaysians are possibly getting more mindful about what they throw in their sinks and toilets.

For now, Indah Water Konsortium (IWK) said the cost to remove such garbage amounted to RM1mil each year.

“The disposal of rubbish and other wastes into sewer system cause sewer blockages but the current trend shows fewer incidents of blockages for the past two years, which indicate rising public awareness.

Figures from IWK show that 16,000 blockage incidents were recorded last year, a 6.3% dip from the previous year of about 17,000 cases.

In 2014, The Star reported that IWK collected close to 70,000 tonnes of rubbish in the sewage treatment system as of July of that year.

This amounted to about 30 Olympic-sized swimming pools and was five “pools” more than the entire year of 2013.

“Wastes that affect the treatment process are usually used lubricant oils such as fats, oil and grease (FOG) from restaurants, cafés or eateries, as well as wet markets and solvent from factories, ” said Shahrul.

“Areas with many restaurants or those which are densely populated have a higher frequency of blockages, especially where immigrants and foreign workers live as they may have lower environmental awareness.

“You should always separate your used cooking oils and never pour it into the kitchen sink. This can prevent FOG blockage in private and public sewer pipes.

“Food operators have to engage a competent contractor or call up IWK to maintain and desludge the FOG from their grease trap or grease interceptor.

“Do not let the FOG leak into the public sewer pipes to avoid blockages and overspill of sewage, ” he said.

IWK engages a community-based programme called Friends of River (FOR) at 21 of its unit offices nationwide to spread awareness on ownership of sustainable environment living.

“It is important that we engage residential associations to instil awareness on the importance of sewerage services, its maintenance and paying the charges on time, ” said Shahrul.

On July 8, IWK and the Environment Ministry will launch the FOG desludging services in Putrajaya, which aims to further reduce the number of blockages caused by FOG in public sewer pipes. 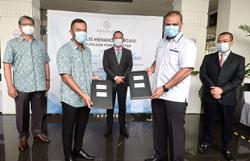 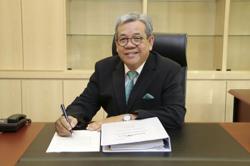